White gold and Platinum aren’t the same things. They have many significant differences. However, many people often get the two confused.

White gold consists of a mixture of durable metals whereas Platinum is an element all on its own. The two also have different colors. It’s important to know that the two aren’t the same, even though it may seem that way.

To see some of the most popular white gold jewelry just click here. 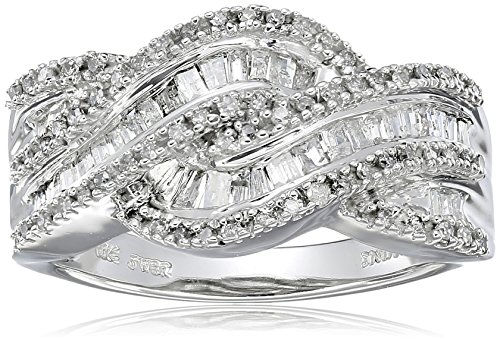 White gold is not an entirely composed element. Instead, it’s an alloy and a mixture of many metals. Many durable metals like nickel, zinc, and copper are intermixed along with gold to form white gold. White gold is generally 14Kor 18K. 14 karat or 14K has 58.3% gold, whereas the 18K has 75% gold. Its color and features are similar to platinum which is why people often get them confused, but white gold is not platinum.

Platinum is a naturally occurring element. It’s white or silver and is generally used in the purest form available, to make jewelry and precious adornments. Platinum looks very similar to white gold, which is why so many people get them confused. These elements can continue to look very similar if they are taken care of properly.

Platinum rings can also vary in price. Thus, you can buy yourself a ring in the range of $300-$3000. The cost depends on several factors, such as the intricacy of the design, the style of the ring, and the amount of Platinum used. However, there are many advantages to buying Platinum, so you may want to buy it.

What’s the Difference Between White Gold and Platinum?

Both of these metals are incredibly durable. However, they have different responses to impact and pressure. They also have different abilities to handle scratches.

Platinum is a dense material, and generally, platinum jewelry has a composition of 98% platinum. It’s a dense material which means it can generally resist any indentations. A wedding ring made out of Platinum is one you can wear for decades, and it won’t lose any thickness at all.

If you’re looking at engagement rings or some jewelry that requires engraving, white gold may be better. Platinum tends to lose its high-end polish and sharp edges relatively quickly. Thus over time, Platinum can lose all the intricacies of its design. However, it may have its unique finish called Patina.

White Gold is not as dense as Platinum. However, it can hold fine details more rigidly and for longer. Thus, white gold is a suitable option if you want something incredibly intricate. The problem with white gold is that it can wear away quickly too. You also have to keep on getting it replated.

Another thing that sets the two apart is the color. Platinum is a naturally occurring white metal, whereas white gold has a yellow tint. White gold is made when you combine pure yellow gold with alloys such as Palladium. Thus, the resulting color is more yellow. It can’t be completely white due to the content of gold and thus settles into a more off-white color.

To correct this yellow tint, the gold will often be coated with a Rhodium Plating. The plating is an application of a very crisp layer of Rhodium which is done using electrolysis so that the jewelry looks more silvery and bright. The plating can wear off in due time, which is why you should take care of it. The plating will need to be replaced every three years.

The differences in the cost is perhaps the most significant difference between the two. Platinum jewelry is likely to be more expensive than White Gold jewelry. However, we also know that Platinum is purer. A platinum jewelry piece is likely to have a 98% composition of Platinum. However, with white gold, purities may differ. The price of a white gold article also has much to do with the composition of metals present in the white gold. The percentage of gold in white gold can differ, affecting the cost.

Additionally, with white gold, you’re likely to spend some money on replating it. Thus, that’s an additional cost to white gold that Platinum generally doesn’t have. Platinum only requires you to polish it now and then. 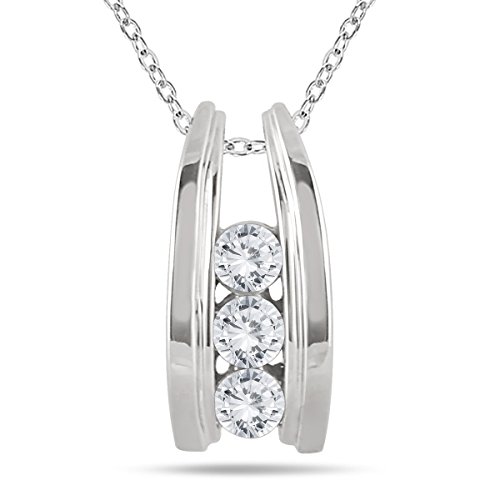 Is Platinum or White Gold Better?

Many people tend to think that since Platinum is purer, it’s also better than white gold. However, that isn’t the case necessarily. Platinum looks almost as identical as white gold does. However, it costs a lot more than white gold. There’s also the fact that both 14K and 18K white gold jewelry is something you can use for everyday wear. Platinum tends to scratch more easily, and it also requires more maintenance.

The better option for you may also depend on the kind of jewelry you want to design. Specific designs look better in white gold, and others look better in Platinum. Both of them have differences. They also have advantages and disadvantages that set them apart.

White Gold is not Platinum. Platinum is an element all on its own, and while they may appear to be similar, on closer inspection, we can observe features that set them apart. They are both excellent materials to be used for jewelry.

Many ring designers use these materials to design engagement rings. Platinum rings are always more expensive than white gold because mining platinum is thirty times harder than mining gold. Keep this in mind when you go ring shopping!