Disney produces some of the most memorable cartoon characters, and Donald Duck’s top hat-wearing maternal uncle Scrooge McDuck is one such character in Disney’s Duck Universe. He’s been around for over 70 years and is portrayed as a thrifty (bordering miserly) Scottish business tycoon.

Popularized in “The Duck Tales” from the late 80s, Scrooge McDuck has a deep affection for his fortune, which he stores mostly in the form of gold coins in his large private vault. Large is perhaps an understatement, as his vault is a massive, towering structure called “The Money Bin” that sits atop Killmotor Hill in Duckberg.

McDuck’s love for his fortune is not the best trait for a child’s cartoon character; unfortunately, it is his most defining one. His favorite thing in the world is to dive into The Money Bin and swim around in his precious gold coins. 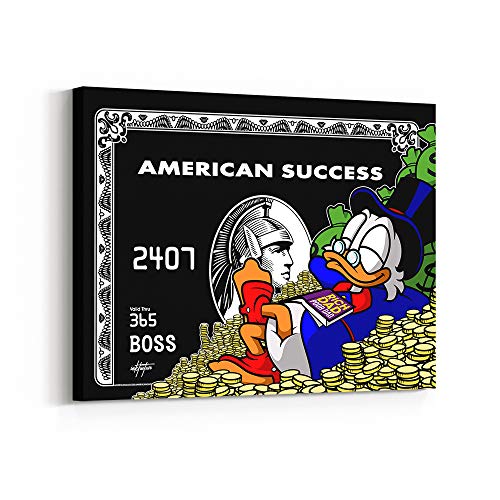 Can You Swim in Gold Coins Like Scrooge McDuck?

The short answer is an obvious no, you can’t really swim in gold coins, but there’s more to it. The question shouldn’t be whether you can swim in gold coins or not. It should be about how severely you would injure yourself attempting to do so.

Let’s start with the hands-first dive that McDuck typically makes every time he jumps into The Money Bin filled with gold.

McDuck’s diving technique is perhaps the easiest and most efficient way to break your bones against a pile of gold coins. Depending on the height of the dive, if you keep your hands prayer-style and jump hands-first, your arms and body are likely stiff, which makes things worse.

As soon as you contact the gold, which is not too dissimilar from a concrete floor, your wrists will break immediately. The impact will stretch to your elbows and shoulders, likely dislocating them and breaking some of the bones in your arm.

Next, your head will push on your hands or the gold to break the impact, which would likely crack your skull or snap your neck. As you can probably imagine, it becomes a moot point to discuss what happens to the rest of your body.

The least hurtful and safest way of diving into a pile of metal coins is to dive feet first, slightly bending your knees and making sure your body is not stiff at impact. This helps distribute the force of the impact throughout your legs, reducing the severity of the injury as much as possible.

Moreover, your head does not break the impact. It is one of the last body parts to hit the hard coins, making it less likely to damage your skull or cause permanent brain damage. Of course, there are no guarantees, but this technique gives you the best chance to survive such a dive.

However, since gold is granular, it is theoretically possible to break the surface and go “swimming” if the friction is low enough. A better example of this is a common ball pit you see kids playing in. The light, plastic balls are not too dense, and the smooth round surface provides low friction against other balls.

Swimming requires you to move the balls or coins in front of you to progress forward. The creator of Scrooge McDuck, Carl Barks has not completely ignored the impossibility of the physics around swimming and diving in The Money Bin.

He has referenced the Beagle Boys (who are always trying to break into The Money Bin) getting hurt when they try to dive/ swim like McDuck, and that there is a “trick” to how it is done. Fan theories suggest that the coins are coated with some type of lubricant that helps reduce friction.

However, you would need a huge amount of lubricant to be able to slide your body and swim around in gold coins. Gold coins are far more dense and heavy, which means that continuous movement or swimming would be improbable, even with plenty of lubricants.

Despite all the impossibilities of diving and swimming in a vault full of gold coins, it isn’t uncommon to wonder what it’s all worth. According to Barks, McDuck is worth “one multiplujillion, nine obsquatumatillion, six hundred twenty-three dollars, and sixty-two cents.”

In the comic book, “The Life and Times of Scrooge McDuck” it is noted that he is worth “five multiplujillion, nine impossibidillion, seven fanttiascatrillion dollars, and sixteen cents.” Of course, these values make no sense, which makes perfect sense given that Scrooge is a cartoon duck.

In 2007, Forbes listed Scrooge McDuck’s wealth at a modest $28.8 billion and later at $65.4 billion in 2012. Other guesstimates around that same time suggested that the amount of gold seen in The Money Bin was worth between $31 billion to $210 billion.

However, all these numbers are put to shame by the only time Scrooge McDuck’s net worth was mathematically represented in “The Menehune Mystery” at five hundred quattuorvigintillion dollars and sixteen cents.

That’s a “5” followed by “71 zeros” and “16 cents”, which is more money than can be filled in the entire solar system. We believe Forbes nailed it by estimating the fictional character’s net worth to be around $70 billion. No matter his wealth, Scrooge McDuck always wants more and continues to live a frugal life. 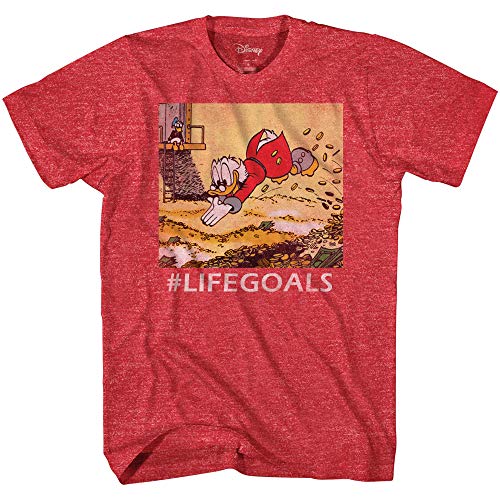 Disappointingly, the ability to dive and swim in gold coins (a la Scrooge McDuck) is only possible in cartoons. Even a Pekin duck like Scrooge McDuck would break its delicate bones attempting such stunts.

Assuming that one such duck makes it through the impact of all those hard gold coins, diving under even one of the nearly 6-foot tall piles of gold in his vault would crush its bill from thousands of pounds of pressure.

So, the next time you watch Duck Tales, be sure to appreciate the impossible physics, ludicrous sums of money, and the tight-fistedness of one of Disney’s most memorable cartoon characters.