Buffalo nickels, also called Indian Head Nickels were first introduced in 1913 and were made until 1938. A favorite collection among coin collectors, they get their names from their uniquely American images they feature.

On the main side of the coin is a portrait of an Native American Indian. This portrait was based on 3 real life models. Then the opposite side of the coin features an image of an American Bison or a buffalo. This image is believed to have been modeled after a buffalo and Black Diamond from the New York Central Park Zoo.

James Earle Fraser is the man responsible for creating these artistic images on the coin. But what are these famous coins made out of? They are shiny and silver-colored. So, are buffalo nickels silver?

President Theodore Rooselvet wanted to improve the artistry and beauty of American coins and when the buffalo nickel was first introduced, it continued this effort. He was commissioned to create new designs for the nickel and came up with many concepts. In the end, the ones of a Native American and buffalo were what was chosen.

On the side with the native American, the insertion “Liberty” appears at the top right near the rim of the coin. The date appears on the portrait’s neck and beneath the date is the designer’s initial “F”. Because of the placement of the date on a raised area of the design, it wore down as it was circulated.

This accounts for many buffalo nickels that are “dateless”.

The opposite side of the coin was produced in two distinct types. On one, a bison (commonly called a buffalo and the reason for the coin’s name) featured the world “Five Vents under the buffalo’s feet at the bottom of the coin. The inscription “United States of America ” appears around the top of the coin and the motto ‘E Pluribus Unum” is placed in lines below this. The second type of coin was made due to the fact that the area featuring the denomination of the coin would eventually be worn down like date because it was on the raised part of the coin.

But, only the words “five cents” were moved to a flattened ground under the buffalo’s feet instead of a raised mound. The area that featured the date remained raised and wasn’t modified.

Buffalo nickels do not contain any silver. They are made up of 75 percent copper and of course, 25 percent nickel. But, they are still very valuable. Only a few were made and they are highly collectible coins.

Frasers design for the coin is greatly admired to this day and has been used on commemorative coins and also the gold American Buffalo series. What started out with a value of five cents  has grown to be worth far more today. If one of these coins is in good shape and still has a readable date, then it is worth a lot more than face value.

For instance, if you have a buffalo nickel, examine its date, mint mark, condition, and variety to find its worth. To see some options for buying these buffalo nickels for yourself just click here. 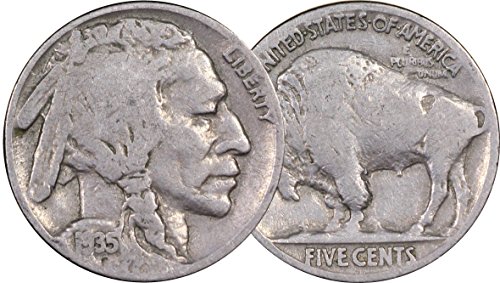 How Do I Know If My Buffalo Nickel Is Worth Anything?

So, buffalo nickels aren’t silver. They are silver in color but that is all. Instead they are made from copper-nickel which isn’t a valuable material. The buffalo nickel is artistically designed and has become a popular piece to add to many coin collectors collections.

At face value, buffalo nickels are only worth 5 cents, but because it is such an interesting piece, coin collectors pay some good prices for ones with readable dates on them. It has history behind it that is fascinating and if you find one in good condition, you may be holding a rare find.

So, how do you know if your buffalo Nickel is worth anything?

There are several things that determine the worth of Buffalo nickels. The things you need to look at to determine the value are: rarity, condition, if it features a readable date, etc. The best way to know if you own a valuable Buffalo nickel is to take it in for an appraisal or search the internet for coins with similar rarity or condition.

Not valued for its material worth, the buffalo nickel is valued for other things. These coins are historic and their value is worth more than their face value at five cents (especially if they are in mint condition).

Many buffalo nickel are hard to find in perfect condition and there are some that feature some rarities such the rare doubled die or the famous three legged buffalo. After the design was unsuccessfully changed so that the date wouldn’t wear anyway, it was replaced in 1938 by the Jefferson nickel.

Coins are valuable in the first place because they are money. The nickel is worth 5 cents to start out with. Some other things beside its denomination make a coin valuable and worth collecting.

These can be determined by:

If found in mint condition, the 1926 S buffalo Nickel is worth the most at $3,608. That’s a lot from one nickel! But, objects gain value based on if it is bought for a collectors item because it is unique, old, etc.

So, if more people want to buy the coin then sell it, its value is going to increase. Because  millions of them were made, buffalo nickels aren’t often worth thousands of dollars but instead are an interesting fact of history.

Though silver in color, they are not made from silver, but instead are made from copper-nickel. 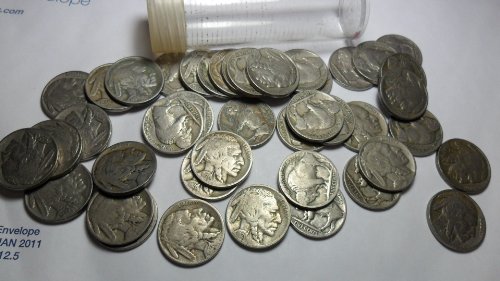 Buffalo nickels are not made from the precious metal, silver. They are silver in color because they are made from a combination of copper and nickel.

These decorative and artistically designed coins are 75 percent copper and 25 percent nickel and don’t contain any silver at all.