When you end up 5 cents short at a store, you most likely search your pockets for a nickel. Other than times like these, you probably don’t pay much attention to this small coin that is virtually worthless. It is only worth a few cents and isn’t made from any valuable materials, just nickel and copper.

But, did you know there was a time in American history when a nickel was made using a precious metal? That’s right, nickels were at one time made with silver.

These silver nickels didn’t contain any nickel at all and instead consisted of 35% silver, 56% copper, and 9% manganese. But, after only 3 years of being circulated as currency, silver nickels were no longer minted.

Which brings us to our question, what year did they stop making silver nickels?

Silver nickels were minted from 1942 to 1945, the year World War II ended. From there, nickles went back to their original composition of 75% copper and 5% nickel. Nickels are still made from these metals and they no longer contain silver.

Though it is a small coin only worth 5 cents. The nickel has an interesting history behind it. First introduced in 1866, the nickel was named after the metal it was made up of. The first nickels were made from 25% nickel and 75% copper.

Then in 1942, during World War II, nickel became a prized war material. Congress authorized nickels to be made of 50% copper and 50% silver, but because of some concerns (one being that they wanted to make sure vending machines didn’t reject the new coin) they gave the U.S. Mint the authority to vary the amount of metals used to make the coins.

So, the Mint decided on 35% silver, 56% copper, and 9% manganese, allowing the U.S. to reserve nickel and copper which was precious during the war (it was used to harden steel for guns, tanks, planes, and battleships).

But, this all changed when the value of silver increased. Then it was back to the basic nickel and copper alloy coins to be used as 5 cents worth. Silver nickels are worth the silver they contain which is more than just 5 cents. Its melt value is a little more than $1.50.

Today, there are rarely “silver war nickels” in circulation (although they can be randomly found) since they are collected by those who know their value and history. To see some of the most popular collectible silver nickels just click here. 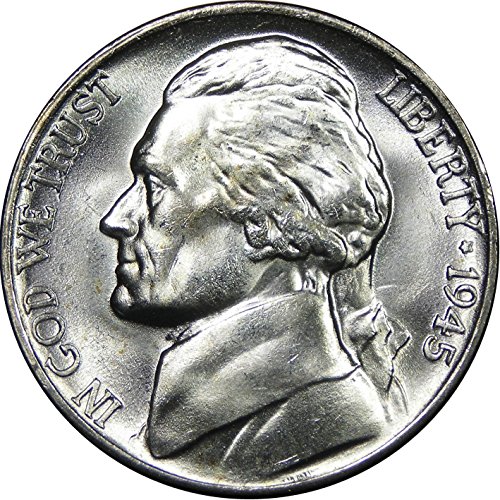 How Can I Tell If My Nickel Is Silver?

When trying to figure out if a nickel is silver, you can start by looking at its coloring. But keep in mind that this isn’t always the most accurate way to determine if a nickel is a silver war nickel or not.

So, how can you tell if your nickel is actually silver?

Silver nickels look very similar to their copper-nickel counterparts. It can be hard to tell just by the color since both silver and copper-nickel look pretty much the same.

Both types of nickels feature a portrait of Thomas Jefferson, on the reverse side and even their coloring is pretty much the same. But, when trying to identify silver nickels, there are some things you can look for.

First, check the year on the coin. All nickels that were produced from 1942 to 1945 will be inscripted with this date. Also, on the reverse side of the coin is the familiar image of a building called Monticello, Jefferson’s famous estate which is said that he designed himself. But only the silver nickels have its mintmark on this side of the coin featuring a letter P, D, or S placed above Monticello.

Nickels weren’t the only coin to be made with silver at one point in history. There were also silver dimes, quarters, and half dollars that contained silver. These three types of coins were made with 90% silver making them even more valuable than the silver nickel which is only made up of 35% silver.

All silver coins are worth the amount of silver they contain. As mentioned earlier, silver nickels stopped being made in the year 1945, so in the year 1946 they went back to making the copper-nickel clad 5 cent coins. The first of these coins are considered to be collectors items today.

What makes something collectible is its rarity, supply and demand, type, condition, and errors. 4 different varieties of silver nickels were minted.

If the silver nickels are uncirculated and are in pristine condition then they are going to be worth more than one that has been used a lot and is worn down. Other error silver nickels like the Double Die include off center Jerrson and coins with die cuts or die cracks. All of these factors plus the rarity of the coin determine how valuable it is.

If you want to know if your nickel is a silver coin and just aren’t sure, take it in for an appraisal and ask an expert. 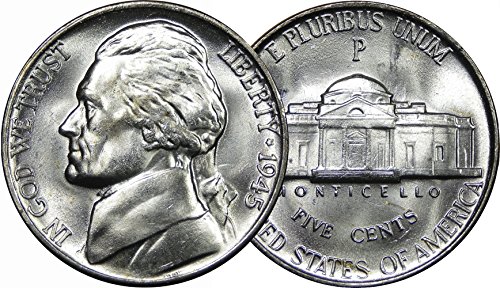 Silver nickels, also referred to as silver war nickels, were only made during the last 3 years of World War II. Made with 35% silver, these coins are collectibles and have a lot of history.

Silver nickels began being minted in 1942 and then stopped being made after the year 1945.