Have you ever been to a shop to buy gold jewelry or bars only to find that the price is too low for what gold is worth?

In cases like this, you should trust your intuition and realize that something is wrong because you might be getting conned.

No one in their right mind would ever sell gold for less than what it’s worth, which is a red flag when you’re looking to buy assets.

Fake gold can be found in many places, but there’s a distinction to be made between artificial jewelry that’s designed to look like its counterpart and fake gold that is claimed to be real.

Fake gold is made of base metals like copper, zinc, steel, or silver, and is often coated with a thin layer of gold to make it look authentic.

Let us explore some details you should keep in mind before going on your next shopping spree. 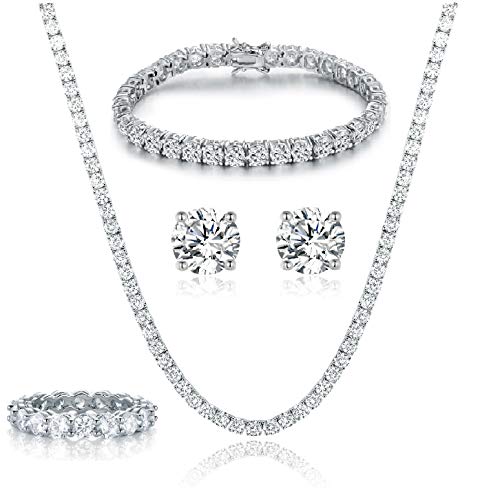 Gold plated jewelry like pictured above is far cheaper than real gold.

The History of Gold

Gold has been around since the olden days and is a rare and precious metal that symbolizes wealth and luxury.

It has also been used as currency since it was discovered, and its malleable structure made it easy for it to be crafted into all kinds of jewelry throughout history.

The Ancient Egyptians revered gold as a precious metal and called it ‘god excrement,’ which is quite a statement to make.

It was initially discovered in rivers and then in caves, from which it was mined.

Gold then started popping up in different parts of the world and quickly became a world currency that still holds value.

Gold is valuable because it is a scarce resource, making it desirable for all, and the World Gold Council estimated that we excavated over 190,000 tons of gold until 2019.

Since it is a rare and valuable metal, it is sold in weights of ounces and grams, but you can also collect coins and keep them locked in your deposit box for a rainy day. 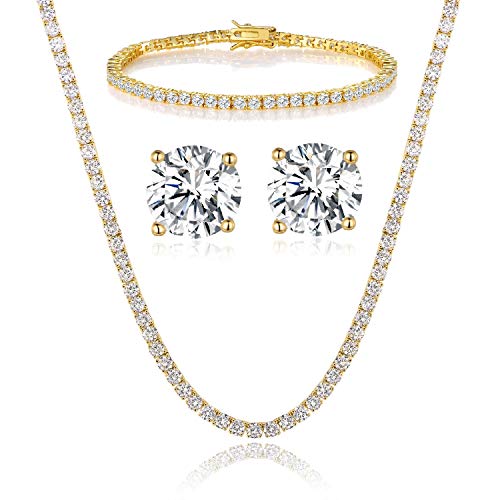 Gold plated jewelry sets (like above) can be purchased for less than a single earring made of real gold.

What is Fake Gold Made of?

The unit for measuring rare metals and minerals like gold and diamond is called Karat.

A solid gold item such as a piece of jewelry that may be 24 Karat is composed of 99.9% of the element gold.

A 14 Karat item may contain 50% of the element gold, and the rest can be other elements or metal alloys like silver, copper, or zinc.

Gold is soft and flexible and requires other metal alloys to give it a firm shape.

A piece of jewelry can also be authentic without resembling gold.

An example is white gold, which can have 75% gold and 25% of other metal alloys, but it mimics platinum and is similar to 18 Karat gold.

Counterfeit items are sold with a thin gold-plated exterior and are something else entirely underneath.

Some variations of fake gold include gold-plated jewelry, gold-filled jewelry, and fool’s gold.

Plated jewelry is not expensive but a common choice because of its aesthetic appeal.

Since it is difficult to tell from a distance whether jewelry is real or fake, most people opt for the cheaper solution.

Gold-plated jewelry uses the process of electrochemical bonding to plate the exterior of a metal such as silver or copper with gold.

The coating is very thin but lasts for a few years and doesn’t chip away like paint.

Gold-filled jewelry is an alternative for consumers who buy items made by bonding a layer of gold to the exterior of a base metal, such as silver or brass.

It is more expensive than plated jewelry, which uses an extremely thin layer of gold that barely contributes to the overall composition of gold.

Gold-filled jewelry is, therefore, a valuable item but cannot compare to pure gold.

It is a popular choice for many because it retains its luster well into the years, whereas plated gold needs to be re-plated every few years.

Another name for fake gold is fool’s gold, an iron sulfide called pyrite.

People are often swindled into buying this product because it resembles gold, but its properties are different; it is brittle and powdery, 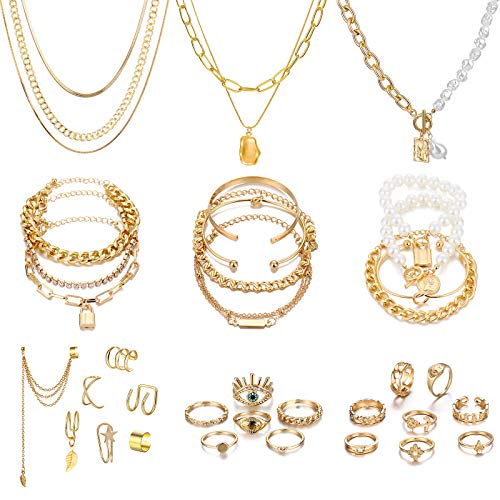 How to Tell if Gold is Fake

You cannot tell if gold is real or fake by observing it, but you can look out for certain clues that might give away its lack of authenticity.

Some of the methods you can use to check the authenticity of gold are the eye and stamp test.

The eye test isn’t very reliable because only pure gold (99.9%) does not change colors over time.

Jewelry containing 14 or 18 Karat gold will change color over time due to the metal alloys present.

Fake gold items may change colors much faster due to the presence of brass or steel.

Gold’s appearance gives away the presence of gold due to its metallic luster, and the surface is protected from the effects of corrosion.

Although it is possible for gold to tarnish over several years, it almost always maintains a uniform finish on its surface.

Gold jewelry often has a stamp or marking on the clasp, which indicates the percentage of gold in that particular item.

It’s not exactly a foolproof method of confirming the presence of gold since anyone can scribble markings on a piece of jewelry.

Regardless, Hallmark is an international standard for gold and denotes the purity of rare metals.

You should keep an eye out for letter markings, which indicate gold-plated jewelry and not pure gold.

Anything below 10 Karat is not considered gold in the United States, but Germany’s lower limit is 8 Karat.

The international standard or Hallmark for gold can be found online if you are trying to find the exact composition of gold in different Karats, such as 8k, 10k, 14k, 20k, and 24k.

Many individuals wear fake gold as a cheaper alternative to gold, and if you buy from a reputed vendor, the chances of being conned are pretty slim.